The Importance of the OPPORTUNITY

As Christmas draws near and the much welcomed north winds blow off the river cooling everything down a bit I sit here in my tiny office space entering paperwork into the computer. The past two and a half month I’ve let stacks of receipts and papers pile up while I traveled here, there and everywhere, but now the end of the year is nearly here and ministry paperwork has to be finished in time to present it to the Nicaraguan government. I reflect back over the last several weeks as I take a small break from my work to type up a few words to send to friends and family back in the USA.
Three weeks ago I traveled back by bus from Managua the capital city to inquire of requirements of the Nicaraguan government for the ministry; Upon my return from Managua to Waspam my dad and I began talking of the upcoming largest-annual conference held by the local Moravian churches along the river. “So they still want us to come even after all the false reports that the pastor from upriver sent to the leaders?” I asked my Dad. “Yes, and they even gave us and hour two days in a row to present a drama (skit) and for me to preach,” Dad replied looking up from the paper he held in his hand. “What is the subject that they will be covering those five days?” I asked trying to figure out which drama would be best to present. “They picked a strange one this time,” my dad said laughing and scratching his head a little, “it’s Where Was Satan Born?” That’s a really strange subject to cover in a large conference,” I replied but with a thought beginning to birth into my mind. “We could make our own drama of Satan being thrown out of heaven and devising a plan of how he could deceive people and show it the first day.” “Yeah, maybe,” Dad responded seeming unsure of where I was going with this. “The second day we could follow through with an example of Satan deceiving a girl with different things like sexual immorality, addictions, fashion, etc.” I continued. “We could even add a preacher into the mix that tries to help her and ties her into the church but her heart won’t be ready to surrender her sin.” Dad chimed in catching the vision. “In the end Jesus will come in and explain to her how she can truly have victory over her chains of sin that bind her, and she’ll surrender her life to him and He’ll set her free,” I said finishing the drama that had played through my mind. “But there is one problem,” I said coming to the realization that we only had a week left before the conference; “to make the drama be really affective we’ll need to record the music and the words so that the people will be drawn into what they are seeing. Maybe if that were all Chris, John and I did this next week we could get the recording done but we wouldn’t have time to practice.” “But it would be so powerful, surely you can do it; God will help you,” Dad stated with a tone in his voice that said the decision made.
Upon returning to KrinKrin the next day, Chris, John and I spent four full days in the studio room from early morning till late at night, finishing the recordings in time to practice for two days. 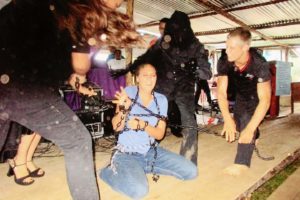 Drama presentation on the second day

Mom sewed our costumes and a week later we headed back down river where nearly a thousand people had gathered to attend the conference. After much prayer we stepped onto the stage to present a visual of the gospel before many who have never understood the grace of God poured out for their lives. Though the place was very chaotic with so many people who have never been taught to sit quietly, when we set foot on that stage all eyes seemed glued, and when Dad began to teach the congregation became silent and listened intently. Nothing other than the Spirit of God could have caused so many attentive hearts and minds. We left praising God for the work he had done through us before such a large crowd.

After visiting a new missionary family located about an hour from Waspam I returned home again.
This weekend Chris, Lizzie, Marcos, a native pastor Jesse and his wife Jorianani who are staying in KrinKrin for pastor training, and I got the opportunity to go up a creek off of the main river to a small congregation to hold church service with them Saturday evening and Sunday morning. With only several dozen people we worshiped our Good Father. Sunday morning about an hour after church was supposed to have started I stood on the bank of the creek letting the cool air blow across my face and enjoyed the beauty of nature as the first members made their way toward the church house. My thoughts roamed back to the weekend before when I had stood before nearly a thousand and now I would join a few dozen, yet what gratitude overflowed from the hearts of this small congregation that we would be mindful enough of them to visit them in the mist of land conflict between them and Spanish settlers. Upon our arrival at 4:00 Saturday afternoon we had been served a large plate of rice, spaghetti and cassava (a luxurious meal for them) prepared by one of the members, followed by another large meal of rice, fish, cooked banana, and cassava at 6:00pm prepared by the young pastor’s wife. For breakfast Sunday morning after the pastors wife had fed us each a large meal another member of the church brought us each another large plate of food, still yet another member sent several plates of food and wabul (a drink made of cooked bananas), as well as some prepared turtle meat. Needless to say we were unable to eat all that was set before us. The members of that small church had shown their gratitude in the best way they knew how. 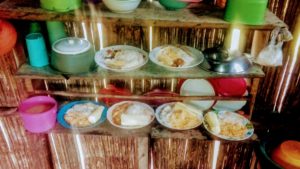 Extra food after we ate breakfast

I left that afternoon with a bunch of ripe bananas in my hand rejoicing for this small opportunity to pour into the lives of these people. God in His ever faithful way had once again spoken to me, this time through a small group of grateful people. I am not to look at the size or the greatness of the opportunity to judge its importance, but rather to accept every opportunity that He gives me and make the most of it. So today I ask myself, whether doing paperwork, visiting with a friend, smiling at a child, or on a stage in front of a thousand people, AM I MAKING THE MOST OF EVERY OPPERTUNITTY THAT GOD HAS GIVEN ME? Make the most of every opportunity because the days are evil. Eph 5:16
Today, are you making the most of every opportunity that God is giving you?

I pray each of you have a blessed Christmas. 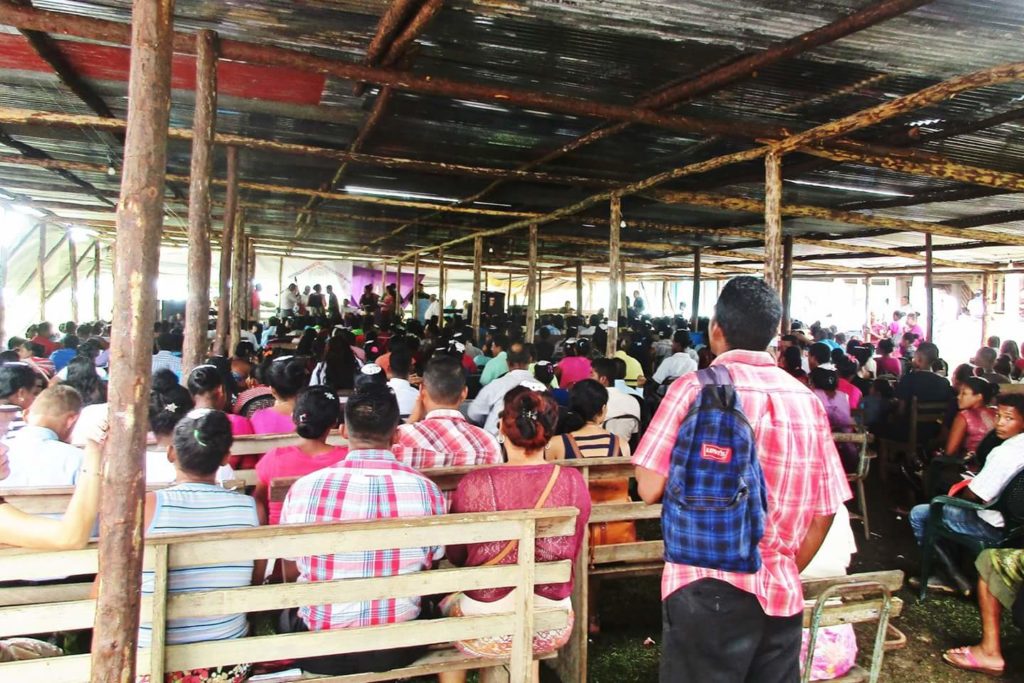 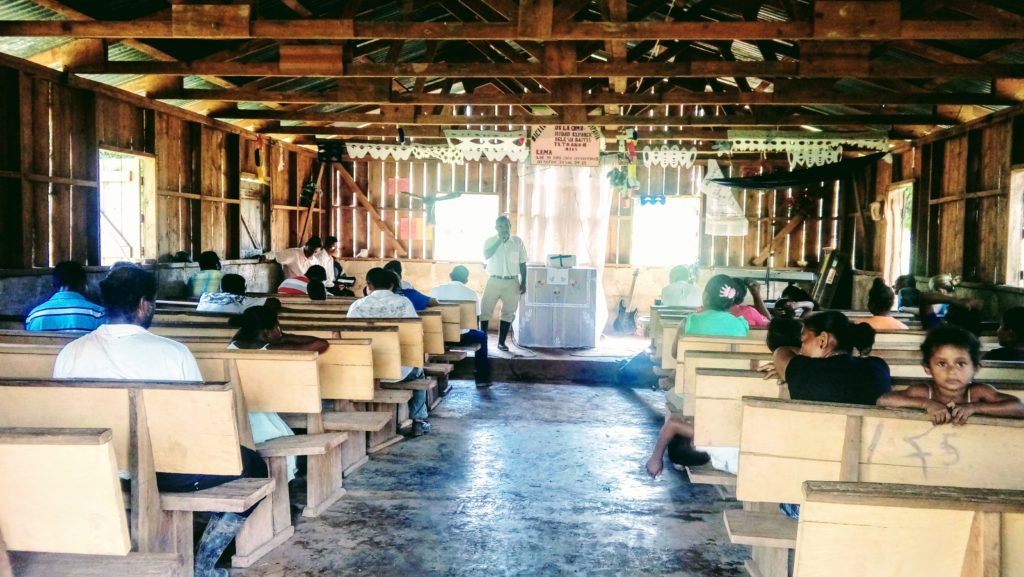